The celebrated Melbourne street artist has taken over Burnham Beeches, transforming it into an immersive, overwhelming ode to an abandoned past.

Up a winding road, high in the Dandenong Ranges, a vast art moderne mansion has lain dormant for decades. In the dining room, the table is still set for a feast. But the candles have burned out, and the crockery is coated in a thick layer of dust. Empty oyster shells fill the fireplaces, and dead leaves lay scattered across the dirty floor. In front of the bay window, a dead tree stands like a totem.

Photos are one thing, but nothing prepares you for the sensation of entering Empire, a huge new installation by acclaimed artist Tyrone “Rone” Wright. Surrounded by wild gardens, the beauty of Burnham Beeches is hidden behind vines and branches. A rotting red carpet leads to the front door. The outside is beautiful and dilapidated, but the inside is overwhelming.

Ornate fittings adorn dead rooms. Plants grow out of the furniture and through the walls, and props, furniture, lighting, soundscapes and even custom scents turn each room into a dramatic scene. Large portraits of a woman’s face – part-graffiti, part-realist portraiture – cover the walls. Twelve spaces have been transformed, four of which are themed to the seasons.

Rone has worked with dozens of collaborators and staff to develop these 12 works. Interior stylist Carly Spooner helped with sourcing design and props. Composer Nick Batterham created a soundscape of piano, strings, trumpet and flugelhorn, different parts of which are audible from different rooms. Perfumer Kat Snowden’s scents enhance seasonally themed spaces, and the floral arrangements are by Collingwood’s Loose Leaf.

The paintings are of actor Lily Sullivan, who is no stranger to clashes with ethereal nature; she recently played Miranda in the 2018 series Picnic at Hanging Rock. Rone photographed Sullivan here on-site. “The lighting needed to be correct,” he says. “And I wanted her to know the building.”

Rone was a late bloomer. He didn’t start painting until he was 21. His work owes a debt to graffiti art, but it’s far more precise and ornate. “I was never good with a spray can, so I picked up a brush,” he says.

Empire, and his other installations, is him going further afield into something more like sculpture. “The painting is the bit I knew how to do. The painting is the easiest fucking bit,” he laughs. “You should try to get this pool table in here.”

Completed in 1933, Burnham Beeches is the work of Australian architect Harry Norris, who also designed the Nicholas Building and Curtin House in the CBD. Initially a private residence, after World War II it became a children’s hospital. It’s also served as a posh country club, and a medical-research facility. In the ’80s it was a luxury hotel. Then for years the beautiful old building sat vacant before Vue Group’s Shannon Bennett and developer Adam Garrison  in 2010. The site now hosts a 500-tree trufferie; a bakery and cafe; lawn bowls, croquet and bocce pitches; a microbrewery; a bar; an organic vegetable garden and even an emu enclosure. There are plans to add a dairy and a steakhouse, and to turn the mansion’s 58 rooms into a luxury hotel by 2020.

Bennett and Garrison gave Rone free run of the place for a year to develop this elaborate fantasy, but soon he will strip it back to the white-walled construction site he found a year ago. An augmented reality component will allow visitors to see the work disappear before their eyes.

At the end of it all, limited-edition prints and a full 3D scan of the installation (and of course, what ends up online) will be all that remains of a year of Rone’s work, of his Empire. 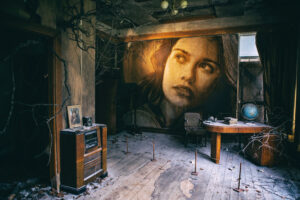 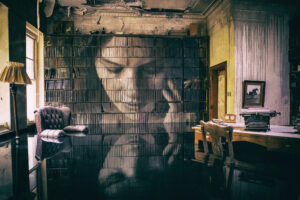 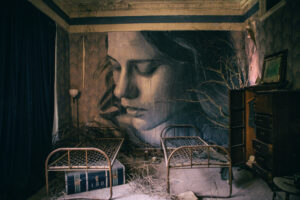 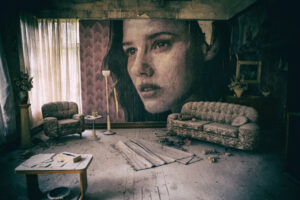 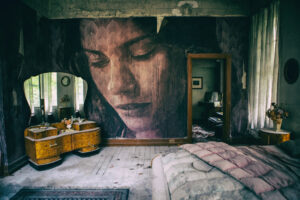 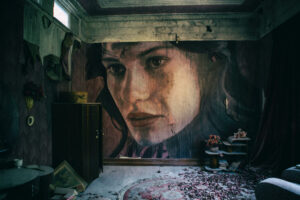 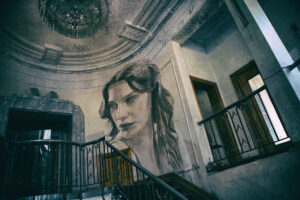 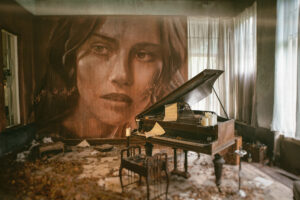 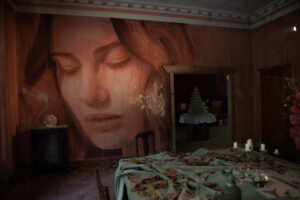 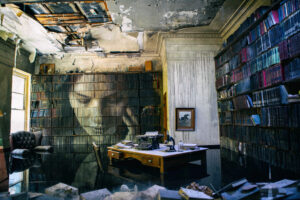 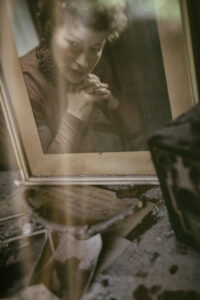 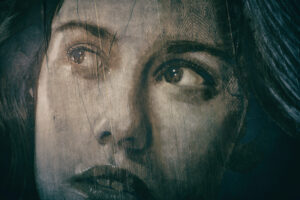 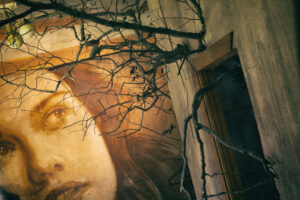 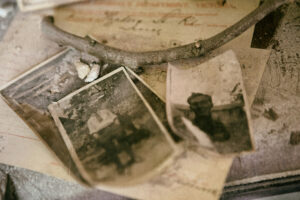 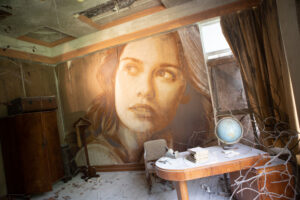 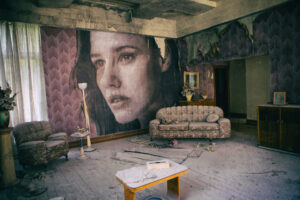 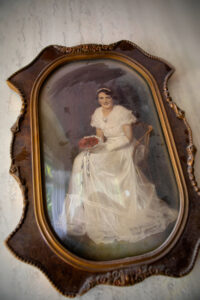 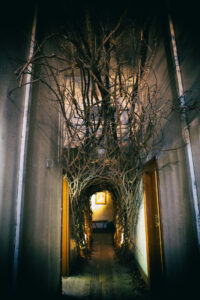 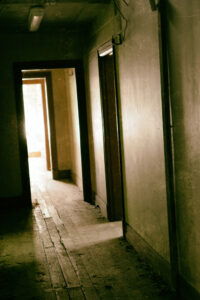 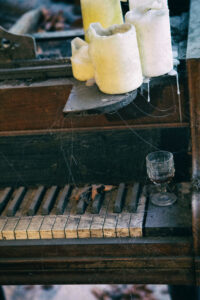 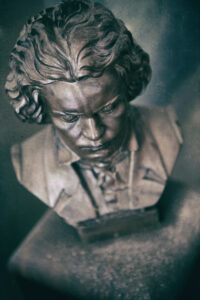 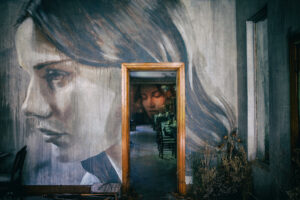 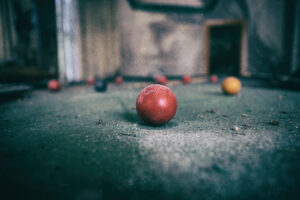 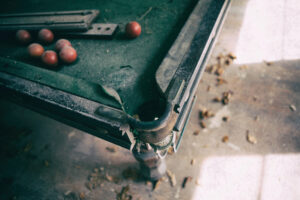 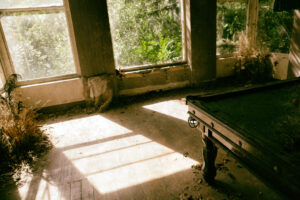